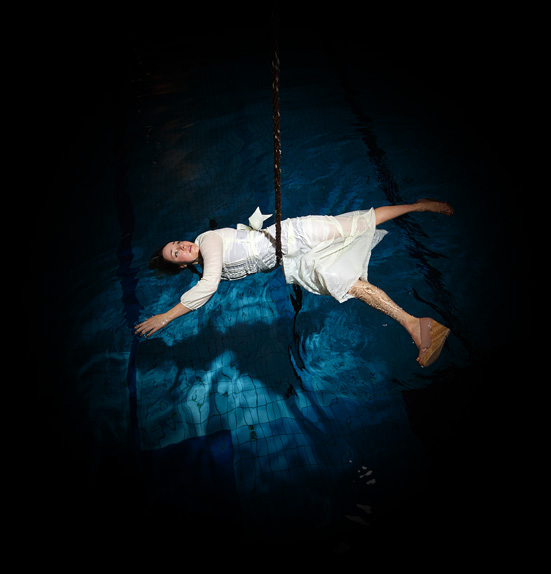 Rope acrobatics above and under water.

Dive plunges into another reality. The performance is created especially for swimming halls. A step beyond the edge takes aerial acrobat Salla Hakanpää under water.

The performer steps on the rim of an abyss. Supported by a rope she reaches out into the void. Depth lures her to fall into a weightless realm. A reverse reality begins on the other side of the surface’s mirror. The time is stretched in the rhythm of held breath.

The diver is detached from the chains of gravity. She floats with the aquatic buoyancy and sinks under the water’s heavy pressure. Holding onto the rope she rises in the air, balances on the water’s brink and drowns in daydreams. Echo responds to the song of waves. 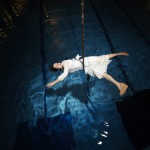 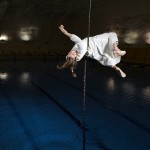 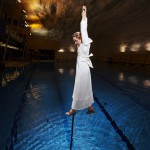